On 1 week Ago
admin

The Matildas recorded a 2-1 victory over New Zealand giving the Tony Gustavsson era its first win.

First and foremost, the victory served as a much needed confidence booster. A win’s a win. And after four losses and a scoreless draw to start the year this victory tasted particularly sweet.

But underneath the sugar rush of victory, there were still areas of concern but also glimpses of what this team could be.

While Sam Kerr’s header to put the Matildas up 2-0 was excellent, the opening goal showed Australia at its best.

Tameka Yallop’s strength lies in her clever running and hard work. Playing out wide doesn’t use those qualities to their fullest advantage.

For years, both domestically and internationally, a third-man run from Yallop would cause havoc and often result in a goal. Against New Zealand, it was the latter.

It was a goal that highlighted the best of what Australia can do. Quick, clever, clinical. 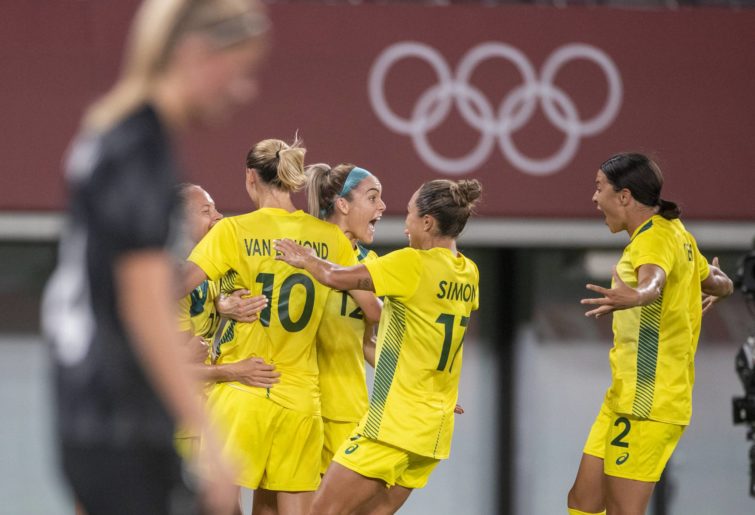 The obvious talents of the team shone through. Everyone was used in their best position.

And therein lies the concern: players who aren’t used in their favoured positions.

The hope is that these decisions are a product of circumstance. They can be blamed on the timing of injuries and the fact that, for now, player flexibility is wider than it is deep. A player can play multiple positions rather than multiple players competing for a position.

That is not to knock adaptability. It’s necessary. As Gustavsson is afforded more and more time – both in camps and on the pitch – to implement his style and philosophies, adaptability will feature.

In fact, the coach wants it to become a hallmark of the Matildas’ game. He wants it to sit alongside smart in-game management, strength, and the ‘never say die’ attitude.

We saw glimpses of this fluidity against New Zealand. Emily van Egmond tracked back and plugged a hole at full back when the defenders went forward. Sam Kerr, Caitlin Foord, and Kyah Simon rotated across the front three, creating a bit of unpredictability.

But Matildas fans know all too well that adaptability can’t come at the expense of depth. The domino effect of Laura Brock’s foot injury just before the World Cup in France contributed to players being used out of position and in consecutive games was a prime example.

The sight of Steph Catley in the heart of defence or Elise Kellond-Knight at left back were symptoms of the lack of depth.

Football Australia’s Performance Gap report acknowledged the issue. Perhaps more importantly, Tony Gustavsson is now addressing the issue. He has blooded seven new players so far this year – only one fewer than the last four years combined. But there are still instances of players being used out of position.

Again, the hope is that this is more a product of circumstance than anything else. At the moment, it feels like the Matildas’ line-up robs Peter to pay Paul.

The inclusion of Aivi Luik could have meant that van Egmond was allowed to roam further up the pitch. It’s a role we know she does well and was highly successful not only for Melbourne City in the W-League but for the Matildas in the Olympic qualifiers.

Instead, Luik was in the defence. However, her inclusion there meant the likes of Steph Catley and Ellie Carpenter could use their attacking abilities rather than be confined to a back three as seen in previous games. And it worked to great avail with both full backs pushing forward and creating chances.

How the team lines up against Sweden will be interesting. The Swedes offer a very different prospect to New Zealand, even before their 3-0 victory over the USA.

The make-up of the midfield and defence will be keenly observed. But for now, Australian fans can enjoy three points in the bag and the beauty of Yallop’s goal.

admin
On 2 weeks Ago